So I have this 300 Blackout 10.5 inch AR pistol I'd had for years.  I think it was either the 2nd or 3rd AR I ever built.  Probably close to ten years ago.  Anyways, I built it with the intention of suppressing it, but never got around to it  It was also the first camo cerakote job that I did years ago, so don't mind that. 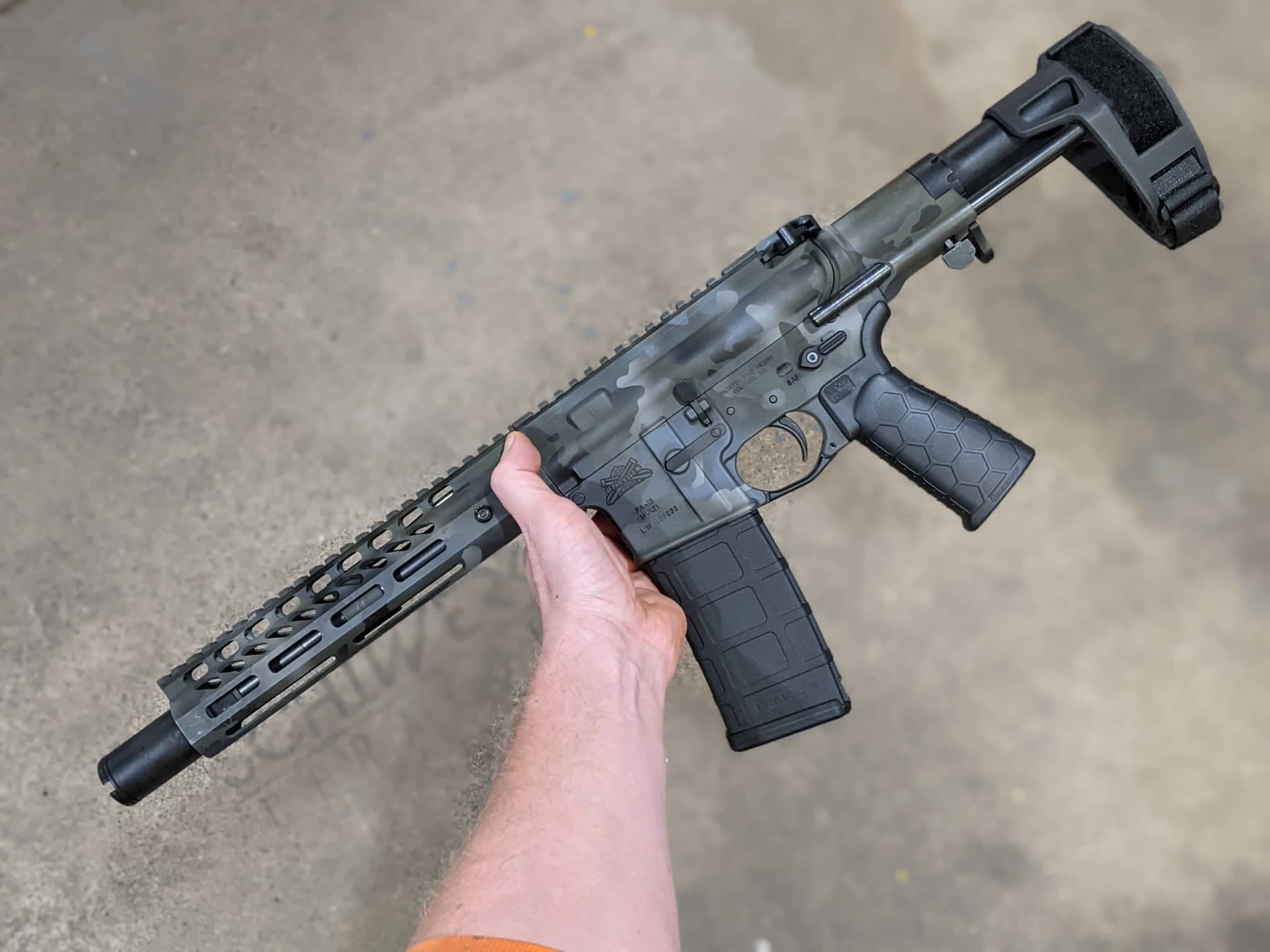 I never really loved the gun, so it never saw much use.  Or really none.  So, I've decided to spice 'er up a little bit.  Bought a new handguard and a Magpul K2 grip to help run it with the brace in a shorter configuration, as well as a suppressor kit ready to be drilled with a quick detach mount.  Went to put on the handguard and grip tonight quick, but nothing ever goes as planned.  Lol.  The gas block was welded on and literally had to be beat off, as you can see in the pic, but it's fixable if I want to reuse it, or I could go with an adjustable block since it will be suppressed.  And the crush washer had to be cut off, which is pretty common, but still sucks. 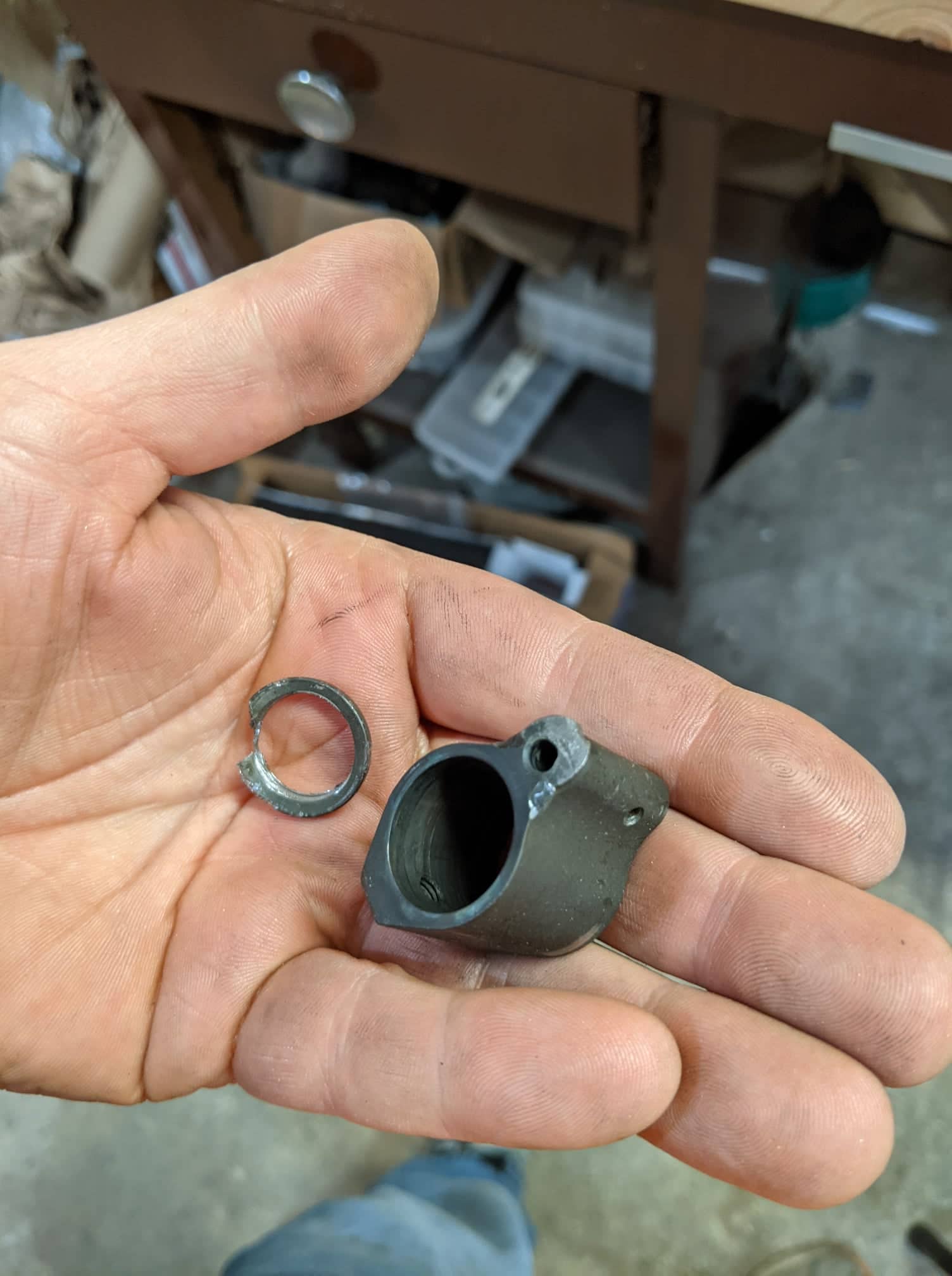 So, finally got the parts slapped on just to see how its gonna look, and I'm definitely digging it.  Suppressor will be black, but I'm not sure what I'll cerakote the gun yet.  Maybe multicam black?  Or just a single color.  I donno, what do you guys think? 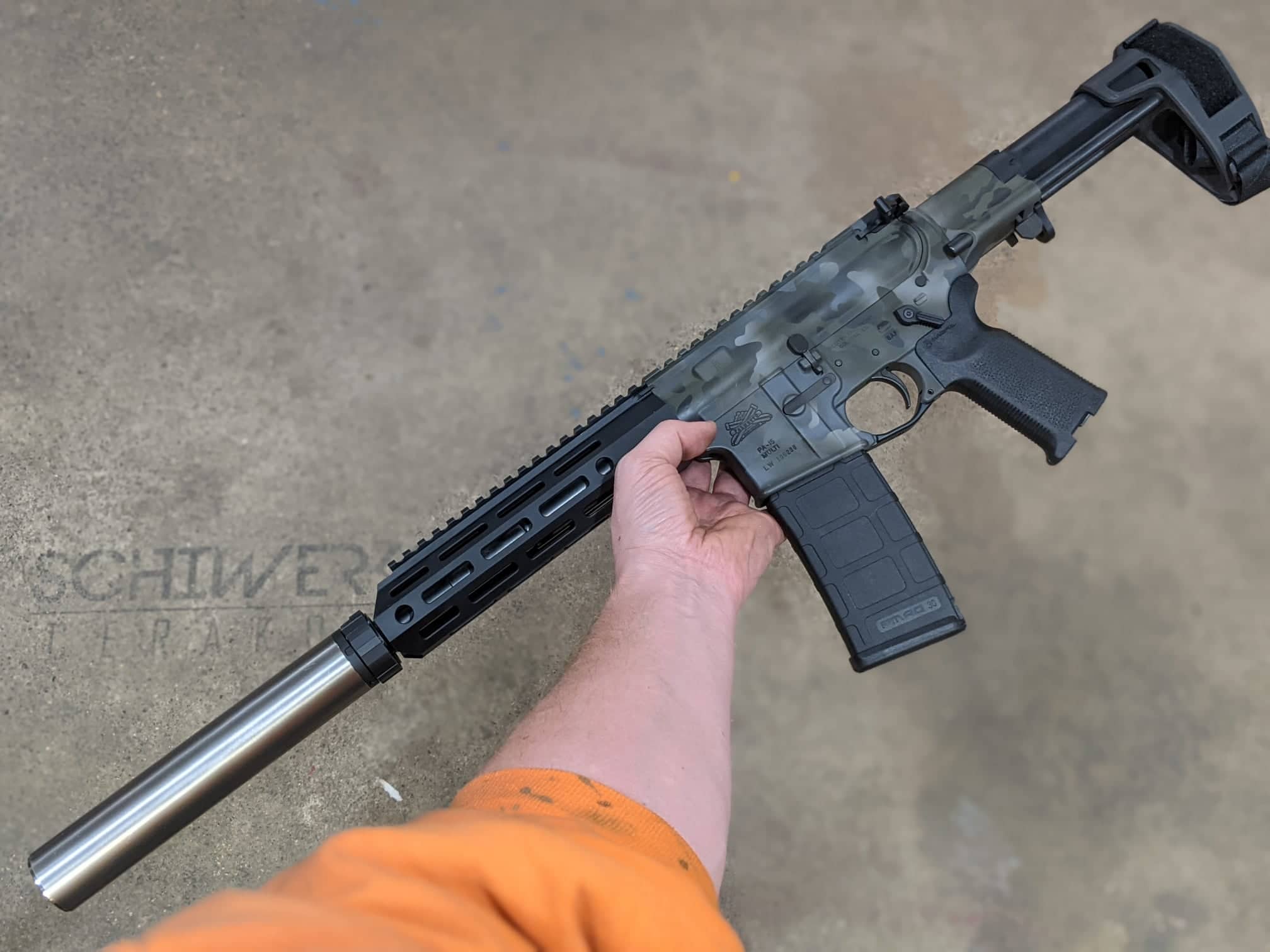 Edit: Even with the 8 inch suppressor and the brace fully lengthened, it's still shorter than a 16' AR, which is kinda nice.

When I first saw that I thought, "Wow that's fucking hideous". Looks super goofy with the suppressor as long as the handguard.
But now I'm like, "That's actually pretty cool."

I'm pretty over doing anything other than single colors. I would go with black, or another darker color.